Born in New York and studied music at the Universities of Hawaii and Texas......Vocalist, percussionist.... founding member of groups such as The Lovenotes Show (inducted into the Doo Wopp Hall of Fame) a 50’s, and 60’s review, and Nueva Vida, one of Hawaii’s top Jazz Fusion groups. Also as a percussionist and lead vocalist he performed with Jetstream whose members include Hawaiian Style band creators and 4 Hoku award winner Wade Cambern, and Grammy award winner Brian Kessler. - See more Here:

Felix has also joined forces with Katsumi Yamagishi "Keyboard/Percussionist extraordinare" to form a dynamic Duo, or up to a five piece band exploring their love of Latin Jazz, and Funk.

An Alumni of Berkerly School of Music in Boston, Mass. In Las Vegas he was the musical Director for Lola Falana. Later he performed with Broadway A chorus line at the Sahara hotel. Musical director and conductor for Kenny Kerr’s Boylesque. Played with various lounge groups throughout the Las Vegas strip. In 2001 became musical director, and sound engineer for Mahoney’s Entertainment. Joined Island Heat Show at the Treasure Island.

Together and with friends they perform a variety of material from Dinner style Jazz standards to Contemporary Pop Standards plus. They work the crowd to bring a fresh pleasant high quality sound and atmosphere to any occasion.

with Isidro Diaz and Steve Hansel 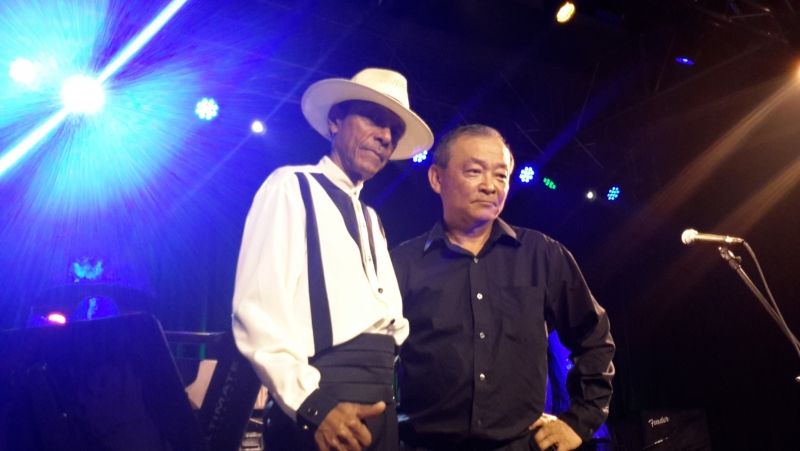