Jetstream members include Bill Grannis on Guitar, and Myself on percussion, keyboards and Lead Vocalist, and Tony Gillis on Drums, keyboards and Lead vocals, members also was leader Wade Cambern, Bryan Kessler who went on to create "Hawaiian Style Band featuring Robi Kahakalau.

One of the most exciting things that Felix experienced is explained in this article of one of Hawaii's main Entertainment writers:

"Terrific break for the band Jetstream. TV producer Don Ohlmeyer heard the band Wade "Che" Cambern, Tony Gillis, Bill Grannis, Brian Kessler, and Felix Bonet during dinner at Nicholas Nickolas and was so impressed he invited them on the spot to perform for 5,000 top people in the recording industry before the annual MTV awards gala in L.A.".

Another highlight of Felix's career came when one of his favorite group said this to the manager of Nicholas Nicholas Restaurant:

"When band Jetstream began playing the other night at Nicholas Nickolas, three fellows asked to be moved closer to the bandstand in the middle of their meal. And when the band played "Night Shift," one of them said: "That's the second best version of that song we've heard behind ours." Quite a compliment-trio turned out to be J.D Nichols, Walter Orange and Milan Williams, a.k.a. the Commodores." 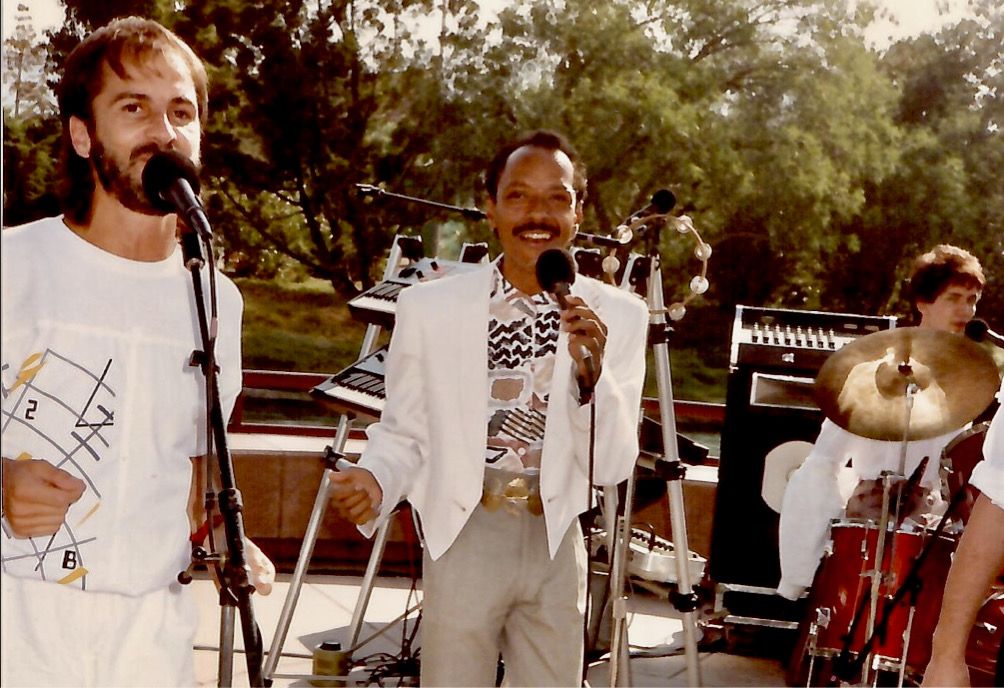 Recorded Live at Nicholas, Nicholas in the top of the Ala Moana Hotel

Recorded live in Kauai at the Princeville Hotel